× This page is partially auto-translated.

Fjärdhundraland is a modern network that highlights good experiences and develops the countryside. But our roots are more than a thousand years back in time. We borrowed the name Fjärdhundraland from the Viking Age.

2009 started a project in Fjärdhundra that was called Tourism in Fjärdhundrabygden. The project was a success, and when it was over, we formed an association we called Fjärdhundraland. We share the name with the Viking Age region Fjärdhundraland, where people lived, traded and built networks, just like we do. We have a lot in common.

Up to the end of the 13th century, what is today called Uppland was divided into folklands. Fjärdhundraland (sometimes spelled Fjardrundaland) was the western folkland, with Tiundaland to the northeast and Attundaland in the southeast. Fjärdhundraland stretched from Färnebofjärden in the north to Viking Age capital Birka in the south, ie roughly Heby and Enköping's current municipalities. Exactly how the boundaries have gone through history, no one knows.

Ancient and Viking people were dependent on trade, and on alliances. Relatives and friendships were vital. In order to maintain the bonds, they needed to be able to visit each other - then just as now good communications were needed. The entire country was built around the important roads.

So how did they get around?

The water was the highway and the river Örsundaån made life and trade possible in Viking Age Fjärdhundraland. The boat was the fast means of communication, which meant that both iron ore and agricultural goods could be transported south and east, to the "big cities" Old Uppsala and Birka. Think about it when you visit Örsundsbro today! Here, goods were shipped out to the trading places in Gamla Uppsala, Birka and eventually to Stockholm.

But roads and horses were also used. A safe way to get around without a map and compass was to follow the sandy ridges - always well-drained so they kept dry all year round. The risk of getting lost was minimal; just follow the ridge. Enköpingsåsen is one of the mighty eskers that the ice sheet left behind and which south of Heby meets Örsundaån. When Örsundaån turns off to the east, the ridge shows the way straight south to Mälaren and the trading place that was called Enköping.

Thanks to Örsundaån and Enköpingsåsen, people of the Viking Age were able to shop, travel and live in the country of Fjärdhundraland. 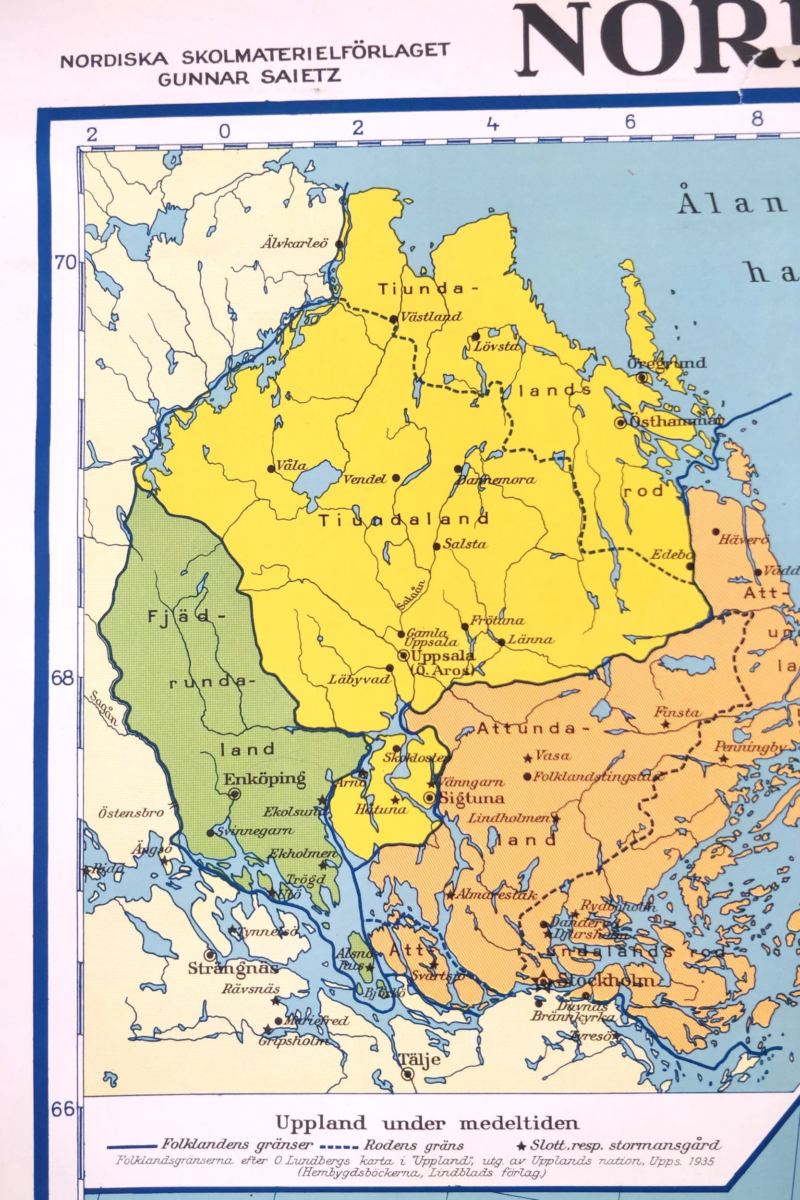